What do teachers do when students lead?

At Inquiry Hub, we make a big deal about our student-powered projects. Most ideas turn out better in practice when students take the lead and teachers play a different role than in a traditional classroom. The students own the project and they have their own reasons for completing it (beyond getting a grade).

Take, for example, the video created by students to start our 2018 open house. John Sarte, a teacher, consulted on the project and acquired necessary equipment, but then left the students to do everything else. The students working on it developed the concept, drawing upon various sources in popular culture and previous projects by their peers. Fixing their minds upon a spoken word poem mixed with an original song, one student wrote a few experimental lines to start, then the rest worked to expand, improve, and develop those lyrics into four verses. Two other students worked together to create the musical composition of the piece, one writing and performing the refrain, the other writing and arranging the instrumentation. Two more choreographed and performed short dances to each chorus. Students spent more than thirty hours filming all the segments and recording the spoken word and sung-through lyrics. Finally, they mixed the track and edited the video together.

Although a key element of Inquiry Hub is the invitation for students to lead, teachers actually do very important, very useful things. In 2016, John Sarte suggested to a few students the idea of producing a live action role play or larp. Several students immediately said yes and spent the next three months tossing ideas around and learning about larps—tinkering with story, trying out different characters, and testing potential game mechanics. It was a messy process with no blueprint to follow. So how did the students make it work?

What you need to know about our school is that projects, like larp, are led by students.

Inquiry Hub prefers to think of every learner as a protagonist, a hero facing the challenge of creating something new and different. Thus, the task of making their dream a reality is the reason to discover and hone their abilities. In this case, their ability to design a live action role play. To that end, just like in every good story, the hero needs a guide to encourage and challenge them. That’s the role of an iHub teacher.

John Sarte checked to see if the students were making progress in the larp planning. He provided guidance to get passed several stumbling blocks, such as how to agree on a story. He encouraged them to make a trailer and promote the activity to the school with quick tutorials on costuming, combat, and spell-casting. He also organized a foam-smithing workshop and recruited an instructor to teach swordplay. Knowing nothing about larps before hand, the teacher learned a lot about the topic alongside the students.

When the larp took place, the teacher was an NPC (non-player character), running around with the students and setting them on quests. And when the students needed a new story line, that teacher was prepared to sacrifice his character, a lovable merchant named Hobin, so their game could go on. 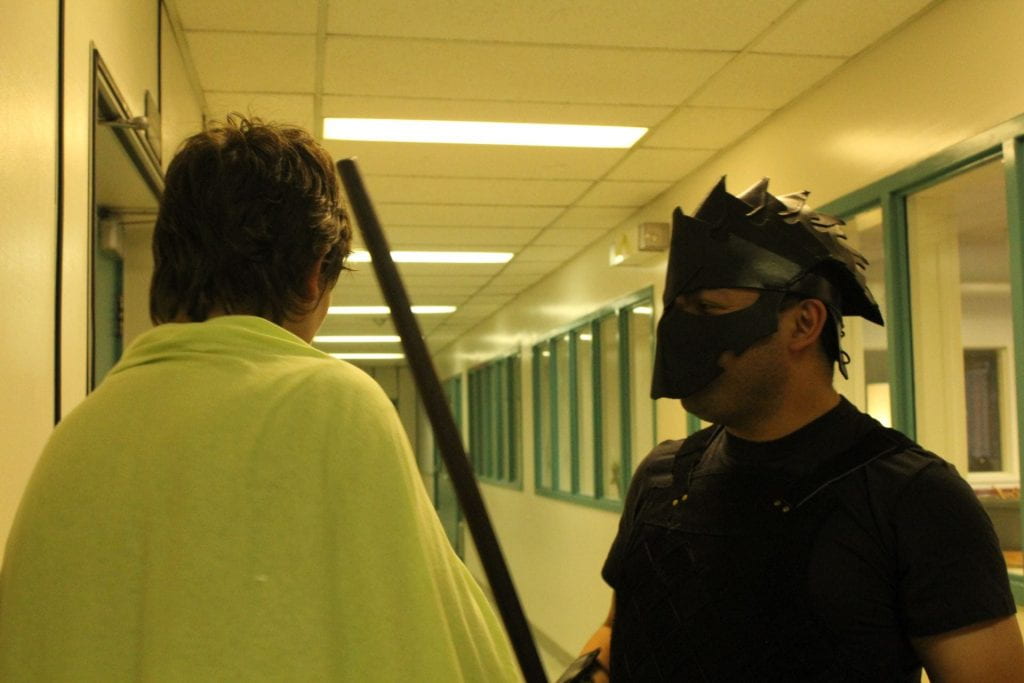 Like in other schools, iHub teachers set up classes and lessons and communicate with students and their families. We assign and collect homework and supervise tests. We offer feedback, advice when needed, and help to organize time and resources. But most importantly, we participate in the creative community to help make student ideas come to life. 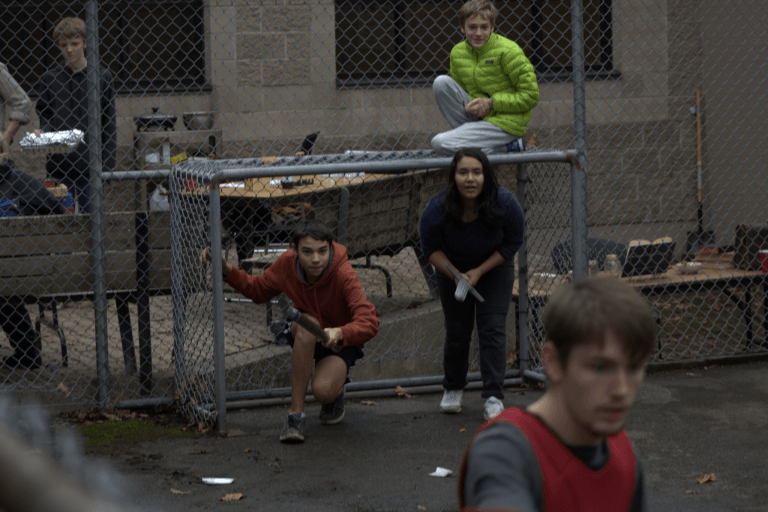 Since that first larp in 2016, we created four more and have elaborated on character creation, game mechanics, and even introduced currency. Creating larps led to offering Directing and Script-writing and in the future we will have a dedicated Game Design course. 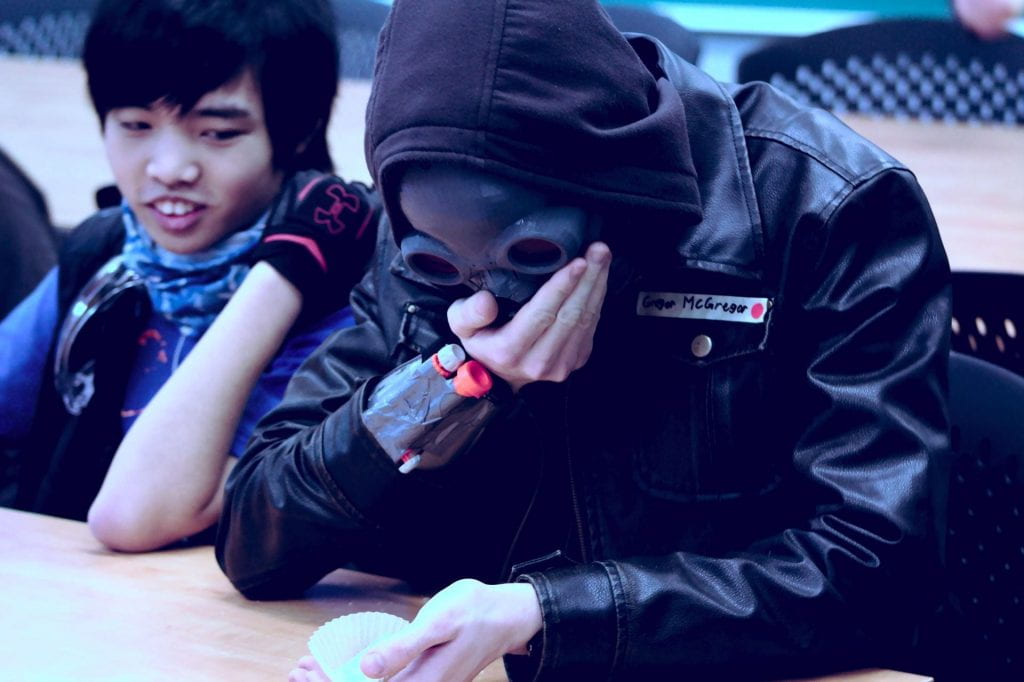 Just as you can’t have a school without students, you can’t have Inquiry Hub without teachers. Our teachers recognize the strengths and weaknesses of our diverse community. As experienced learners, we guide students toward their greatest opportunities for success. At our school, students and teachers work together to create and learn new skills. We collaborate to do better, to invent, and to innovate.

Student and words at Inquiry Hub.